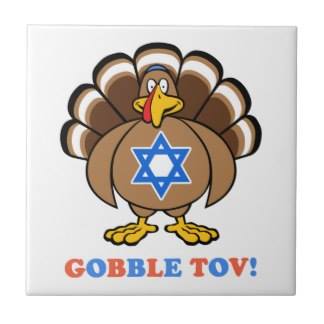 One of my favorite times in my home is Thanksgiving, the day Americans commemorate the taking of America from the Native Americans, but with a more positive spin that favors them.

Native Americans were called “Indians” and were the original inhabitants of the North American continent when settlers from Europe sailed across the Atlantic to find a place where they could be free to oppress others. Although the Native Americans welcomed the “Pilgrims,” within a century, the Pilgrims had expanded their population and oppressed the Native Americans, putting them in reservations and killing their leaders.

But that’s not the story that Thanksgiving in America honors. It is symbolized by a turkey, representing the food and help that the Native Americans offered to the first settlers who were on the verge of starvation. And on that day each November, Americans will sit at the dinner table and thank the Lord above for their good fortune, usually ignoring the misfortune that they brought upon the Indians.

Thanksgiving is viewed as a “family” event. Everyone sits down at the dinner table and eats together, something that doesn’t normally happen much during the rest of the year. No, for many Americans, dinner meals are feasted upon on TV trays while watching the latest sitcoms and programs on television.

Instead of interacting with their kids, Americans spend most of the day watching stupid videos on YouTube, sending innocuous tweets to hundreds and even thousands of followers about how they are watching TV, or playing video games in which American soldiers destroy, devastate and dominate the new “infidels,” who most of the time are now Arabs.

But in the Hanania household, we try to pause to remember the forced and unwilling sacrifice of the Native Americans, because the story hits so close to home. My wife, Alison, is Jewish. We have a son, Aaron, who is Jewish, too. And they usually do not hesitate to gang up on me at the dinner table, or in discussions about the Middle East.

The Israeli and Arabs sides of our family clash on a lot of issues, but never more than on what foods to serve. We both agree on the turkey, a bird that can’t fly that is a traditional Native American feast, although it often reminds me of the Ottoman (Turkish) oppression of the Arabs and the Jews. A perfect symbol for Arabs and Israelis to come together at the dinner table.

But while Alison wants to stuff the turkey with traditional unleavened stuffing and diced vegetables, I like to do it the “Arab” way, with diced lamb mixed with rice.

And we will also have things like stuffed grape leaves, hummus, tabouleh salad and the one salad that causes the most problems for us, the diced tahini salad. Alison calls it “Israeli salad.” I usually refer to it as the “Zionist Entity salad” or as “Arab East Jerusalem salad,” depending on whether I feel brave enough against the two-to-one odds I face in the household.

Alison is always fair, too. She always wants to split everything evenly, like the hummus, scraping off 22 percent for me and 78 percent for her and Aaron. (Israeli math. It’s like a complicated form of algebra without rules: 2 plus 2 equals whatever they insist it equals!)

Still, even after fighting over things like the tahini salad, or who invented hummus, or even how to pronounce it “hummus” as I call it or “khummus,” as she and Aaron insist, food has a tendency to calm the nerves.

It’s so hard to argue when you’re stuffed with food, and looking for the Tums to settle a bloated stomach. Of course, it doesn’t help during the after dinner banter when I ask my wife, “By the way. What is Israeli food anyway? Does it even exist?” She’ll roll her eyes, and Aaron will try to dial the FBI to report me as “a suspicious Arab” who infiltrated the home.
And before you know it, we are back to the argument of who invented what. Israeli falafel? Never heard of it. But she claims it was invented by Moses, who we both view as an ancestor, she claims more than me even though five of my ancestors are in fact named “Moses” (Musa).

That doesn’t mean anything, though, because I often have to yell all of that from across the house over the Green Line Alison has painted around my downstairs office, where I have a Palestinian flag and an etching of Palestine autographed by the late Palestinian President Yasser Arafat hanging on the office wall.

On a serious note, we do pause and wish both sides peace and prosperity. I try to throw in a coughed “two-state solution.” Although as the conversation starts to return to the real “cause” of Thanksgiving, we all feel bad for what was done to the Native Americans. We Israelis and Palestinians have it bad. But honestly, the Native Americans had it worse.